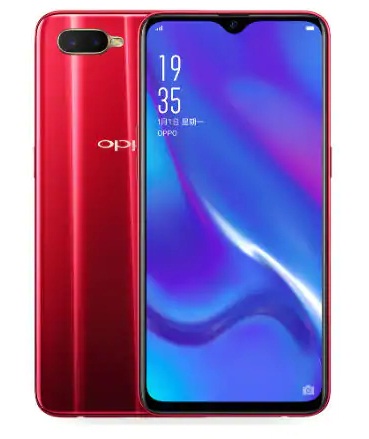 Oppo K1, the affordable on screen fingerprint sensor from the Chinese smartphone manufacturer, will be launched in India on February 6th. It also has a Qualcomm Snapdragon 660 SoC under the hood, as well as 6GB of RAM. Oppo also provided a 25-megapixel selfie camera so the smartphone could compete with the other sub-R phones. 20,000 price segment. The price of the Oppo K1 in India should start around RS. 17,000.

In terms of optics, the Oppo K1 has a dual camera configuration at the rear with a 16 megapixel primary sensor and a 2 megapixel secondary sensor, as well as an LED flash. For selfies and video chat, there is a 25 megapixel photo sensor at the front.

The Oppo K1 comes with 64GB of built-in storage that can be expanded via a microSD card (up to 256GB). The smartphone has a battery of 3600 mAh.